The old webmaster is happy to introduce Francesco Cian as supporter. 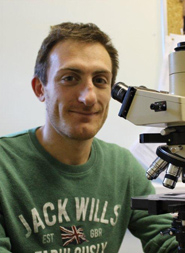